pgloader is a tool to help loading data into PostgreSQL, adding some error management to the COPY command. COPY is the fast way of loading data into PostgreSQL and is transaction safe. That means that if a single error appears within your bulk of data, you will have loaded none of it. pgloader will submit the data again in smaller chunks until it’s able to isolate the bad from the good, and then the good is loaded in.

Not quite this kind of data loader

In a recent migration project where we freed data from MySQL into PostgreSQL, we used pgloader again. But the loading time was not fast enough for the service downtime window that we had here. Indeed Python is not known for being the fastest solution around. It’s easy to use and to ship to production, but sometimes you not only want to be able to be efficient when writing code, you also need the code to actually run fast too.

So I began writing a little dedicated tool for that migration in Common Lisp which is growing on me as my personal answer to the burning question: python 2 or python 3? I find Common Lisp to offer an even more dynamic programming environment, an easier language to use, and the result often has performances characteristics way beyond what I can get with python. Between 5 times faster and 121 times faster in some quite stupid benchmark.

Here, with real data, my one shot attempt has been running more than twice as fast as the python version, after about a day of programming. 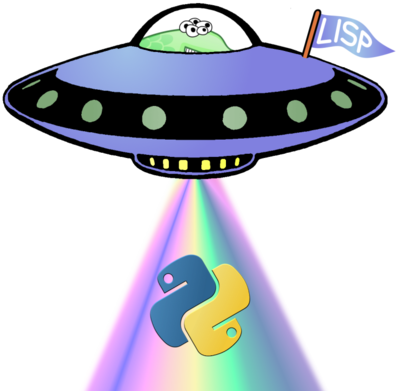 Whereas in Common Lisp I can just use the lparallel lib, which exposes threading facilities and some queueing facilities as a mean to communicate data in between workers, and have my code easily work in parallel for real.

So, I think we’re going to have a pgloader 3 someday, that will be way faster than the current one, and bundle some more features: real parallel behavior, ability to fetch non local data (connecting to MySQL directly, or HTTP, S3, etc); and I’m thinking about offering a COPY like syntax to drive the loading too, while at it. Also, the ability to discover the set of data to load all by itself when you want to load a whole database: think of it as a special Migration mode of operations.

Some feature requests can’t be solved easily when keeping the old .INI syntax cruft, so it’s high time to implement some kind of a real command language. I have several ideas about those, in between the COPY syntax and the SQL*Loader configuration format, which is both clunky and quite powerful, too.

After a beginning in TCL and a complete rewrite in python in 2005, it looks like 2013 is going to be the year of pgloader 3, in Common Lisp!