While making progress with both Event Triggers and Extension Templates, I needed to make a little break. My current keeping sane mental exercise seems to mainly involve using Common Lisp, a programming language that ships with about all the building blocks you need.

Yes, that old language brings so much on the table

When using Common Lisp, you have an awesome interactive development environment where you can redefine function and objects while testing them. That means you don’t have to quit the interpreter, reload the new version of the code and put the interactive test case together all over again after a change. Just evaluate the change in the interactive environement: functions are compiled incrementally over their previous definition, objects whose classes have changed are migrated live.

See, I just said objects and classes. Common Lisp comes with some advanced Object Oriented Programming facilities named CLOS and MOP where the Java and Python and C++ object models are just a subset of what you’re being offered. Hint, those don’t have Multiple Dispatch.

And you have a very sophisticated Condition System where Exceptions are just a subset of what you can do (hint: have a look a restarts and tell me you didn’t wish your programming language of choice had them). And it continues that way for about any basic building bloc you might want to be using.

Back to pgloader will you tell me. Right. I’ve been spending a couple of evening on hacking on the new version of pgloader in Common Lisp, and wanted to share some preliminary results. 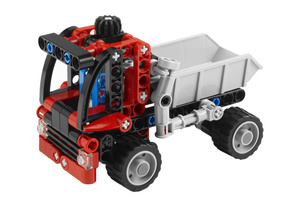 Playing with the loader

The current status of the new pgloader still is pretty rough, if you’re not used to develop in Common Lisp you might not find it ready for use yet. I’m still working on the internal APIs and trying to make something clean and easy to use for a developer, and then I will provide some external ways to play with it, user oriented. I missed that step once with the Python based version of the tool, I don’t want to do the same errors again this time.

So here’s a test run with the current pgloader, on a small enough data set of 226 MB of CSV files.

With the new code in Common Lisp, I could benefit from real multi threading and higher level abstraction to make it easy to use: lparallel is a lib providing exactly what I need here, with workers and queues to communicate data in between them.

What I’m doing is that two threads are separated, one is reading the data from either a CSV file or a MySQL database directly, and pushing that data in the queue; while the other thread is pulling data from the queue and writing it into our PostgreSQL database.

As you can see the control is still made for interactive developer usage, which is fine for now but will have to change down the road, when the APIs stabilize.

The streaming here is a tad slower than the importing from files. Now if you want to be fair when comparing those, you would have to take into account the time it takes to export the data out from its source. When doing that export/import dance, a quick test shows a timing of 1m4.745s. Now, if we do an export only test, it runs in 31.822s. So yes streaming is a good thing to have here.

We just got twice as fast as the python version.

Some will say that I’m not comparing fairly to the Python version of pgloader here, because I could have implemented the streaming facility in Python too. Well actually I did, the option are called section_threads and split_file_reading, that you can set so that a reader is pushing data into a set of queues and several workers are feeding each from its own queue. It didn’t help with performances at all. Once again, read about the infamous Global Interpreter Lock to understand why not.

So actually it’s a fair comparison here where the new code is twice as fast as the previous one, with only some hours of hacking and before spending any time on optimisation. Well, apart from using a producer, a consumer and a queue, which I almost had to have for streaming in between two database connections anyways.