from Parsing to Compiling

Last week came with two bank holidays in a row, and I took the opportunity to design a command language for pgloader. While doing that, I unexpectedly stumbled accross a very nice AHAH! moment, and I now want to share it with you, dear reader.

The general approach I’m following code wise with that command language is to first get a code API to expose the capabilities of the system, then somehow plug the command language into that API thanks to a parser. It turns out that doing so in Common Lisp is really easy, and that you can get a compiler for free too, while at it. Let’s see about that.

In this newsgroup article What is symbolic computation?, Pascal Bourguignon did propose a very simple piece of code:

This is an example of symbolic computation, and we’re going to build a little language to express the data and the code. Not that we would need to build one, mind you, more in order to have a really simple example leading us to the ahah moment you’re now waiting for.

Before we dive into the main topic, you have to realize that the previous code example actually works: it’s defining some data, using an implicit data structure composed by nesting lists together, and defines a function that knows how to sort out the data in that anonymous data structure so as to compound 2 colors together.

A command language and parser

I decided to go with the following language:

And here’s how some of the parser looks like, using the esrap packrat lib: 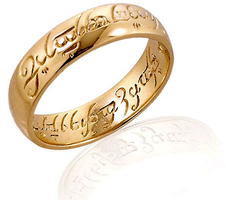 The one grammar rule to bind them all

Those rules are not the whole parser, go have a look at the project on github if you want to see the whole code, it’s called toy-parser over there. The main idea here is to show that when we parse a line from our little language, we produce the simplest possible structured data: in lisp that’s symbols and lists.

The reason why it makes sense doing that is the next rule:

This rule is the complex one to bind them all. It’s using a quasiquote, a basic lisp syntax element allowing the programmer to very easily produce data that looks exactly like code. Let’s see how it goes with a very simple example:

The parser is producing structure (nested) data that really looks like lisp code, right? So maybe we can just run that code…

What about a compiler now?

So we have a string reprensing code in our very little language, and a parser that knows how to produce a nested list of atoms that looks like lisp code. And as we have lisp, we can actually compile that code at run-time with the same compiler that we used to produce our parser, and we can then funcall that function we just built.

Oh and the function is actually compiled down to native code, of course:

Yeah, it took the whole of 108 microseconds to actually run the code generated by our own parser a thousand times, on my laptop. I can believe it’s been compiled to native code, that seems like the right ballpark.

The toy-parser code is there on GitHub and you can actually load it using Quicklisp: clone the repository in ~/quicklisp/local-projects/ then (ql:quickload "toy-parser"), and play with it in (in-package :toy-parser).

The only thing I still want to say here is this: can your programming language of choice make it that easy?