Thanks to Mickael on twitter I got to read an article about loosing scope with some common programming languages. As the blog article Lost in scope references functional programming languages and plays with both Javascript and Erlang, I though I had to try it out with Common Lisp too.

So, here we go with a simple Common Lisp attempt. The Lost in scope article begins with defining a very simple function returning a boolean value, only true when it’s not monday.

Keep in mind that the following example has been choosen to be simple yet offer a case of lexical binding shadowing. It looks convoluted. Focus on the day binding.

So as you can see, in Common Lisp we just get away with a list of symbols rather than a string that we split to have a list of strings, or an array of strings, as in the examples with python and ruby.

Now, the generalized boolean is either nil to mean false, or anything else to mean true, and in that example the return value of member is a sub-list that begins where the member was found:

Oh, and as we work with Common Lisp, we’re having a real REPL where to play directly with our code, no need to add interactive stanzas in the main program text file just to be able to play with it. In Emacs Slime we just use C-M-x on a form to have it available in the REPL, or C-c C-l to load the whole file we’re working on.

So, we see that Common Lisp scoping rules are silently doing the right thing here. Within the remove-if call we define a lambda function taking a single parameter called day. It so happens that this parameter is shadowing the any-day-but-monday? function parameter, and that shadowing only happens in the lexical scope of the lambda we are creating. For a detailed discussion about that concept, I would refer you to the Scope and Extent chapter of Common Lisp the Language, 2nd Edition.

In Common Lisp we have both lexical scope and dynamic extents, and a variable defined with defparameter or defvar or that you otherwise declare special will have a dynamic extent. Hence this section title. 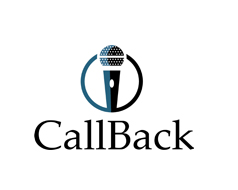 Now, the lost in scope article tries some more at finding a solution around the scoping rules of the python and ruby languages, where the developer can not easily instruct the language about the scoping rules he wants to be using in a case by case way, as far as I can see.

First, let’s reproduce the problem by using a single variable that we bind in all the closures. Those are called callbacks in the original article, so I’ve kept using that name here.

In that example, there’s only a single variable day that we reuse throughout the loop construct, so that when the loop ends, we have a list of closures all refering to the same variable, and this variable, by the end of the loop, has sunday as its value.

Now, the way to have what we want here, that is a list of closures each having its own variable.

And there we go:

Scoping rules are very important in any programming language, functional or not, and must be well understood by programmers. I find that once again, that topic has received a very deep thinking in Common Lisp, and the language is giving all the options to its developers.

I want to stress that in Common Lisp the scope rules are very clearly defined in the standard documentation of the language. For instance, defun and let both introduce a lexical binding, defvar and defparameter introduce a dynamic variable.

Also, as a user of the language you have the ability to declare any variable as being special in order to introduce yourself a dynamic variable. In C you can declare some variables as being static, which is something else and frown with a very different set of problems.